Whaling in Iceland is set to stop in 2024, ending a hugely controversial practise. Our exploration of whaling in Iceland looks at the reasons and justifications for the industry and what responsible travellers can do to help the survival of these creatures. We also answer one of the most-asked questions by visitors: should I eat whale meat in Iceland?

Iceland will no longer hunt whales from 2024 due to falling demand – though there is no official ban as of yet. In fact, there was very little whaling going on anyway. Iceland’s 2019-23 quota allowed for up to 209 fin whales and 217 minke whales to be killed. The grand total in that period? One minke whale.

Unlike fin whales, minke whales are hunted for one reason only: food. Minke meat is served in Icelandic restaurants, largely to cater to intrigued tourists who are under the impression that eating whale meat is traditional.

Public awareness campaigns by wildlife charity Whale and Dolphin Conservation and other NGOs mean tourists are increasingly aware that, by eating whale, they help perpetuate whaling. However Reykjavik has a reputation as an adventurous foodie destination and the appetite for ‘gourmet and exotic delicacies’ remains strong.

Iceland’s change of mind on whaling is not necessarily cause to cheer, however. The reason that demand for Icelandic whale meat has dropped so precipitously is that its main market is Japan, which resumed its own whaling programme in 2019. Whale meat consumption is falling in Japan, though. There’s growing awareness that whales can be worth more alive than dead through tourism and marine wildlife tours, so there’s hope that the practise will die out there soon enough too.
See all our Iceland Holidays

Why does Iceland hunt whales?

The reasons for whale hunting in Iceland are complex, but surprisingly they arent simply cultural. This isnt just a case of proud Icelanders defending their hereditary right to hunt whales as their forefathers did (although a certain Viking independence and dislike of regulation may play its part). The pro/anti arguments arent as simple as culture versus conservation.

One reason for whaling is that Iceland views its hunting of minke and fin whales as sustainable. This is widely disputed. Whale and Dolphin Conservation (WDC) says there isn’t enough credible data on the abundance and distribution of fin whales and minke whales to be able to make that statement.

Another justification is a somewhat laughable assertion that whaling doesn’t harm Iceland’s interests. In 2016, the Icelandic Foreign Ministry released a report into the country’s whaling activities and stated that political relations were not damaged by the practice. So there you are – whaling is sustainable and nobody minds us doing it.

In fact, though, international criticism of Iceland has been widespread. In September 2014, 35 countries delivered a formal diplomatic protest to the Icelandic government, registering their strong opposition to its continued whaling. In the same year, Iceland was also left off the guest list for an international Ocean Conference organised by the US State Department.

In addition, the notion that whales should be culled to protect fish stocks persists. In 2010, the Icelandic government and the University of Iceland’s Institute for Economic Studies estimated that culling 150 minke and fin whales each a year could add as much as US$94 million to the economy. Coming on the back of the country’s financial collapse, these sorts of figures made compelling reading. This argument has since been debunked by Whale and Dolphin Conservation, but it still has influence.

Is it ethical to eat whale meat in Iceland?

Eating whale meat is very contentious. You will still find it on the menu in some Icelandic restaurants but just 2 percent of local people eat whale meat regularly. It’s actually curious tourists that fuel most of the demand for whale meat in Iceland.

The number of whales in our seas and oceans today is nowhere near what it should be. Whale numbers were decimated by over a century of commercial whaling, and while that was banned in 1986, some countries still hunt them for ‘scientific research’. Most female whales give birth to a calf every three or four years, and that slow reproductive rate combined with the many threats they face, from predation by orcas and hunting by humans to collisions with ships, and climate change, means that despite generations of protection, six out of 13 whale species remain either endangered or vulnerable to extinction.

Wherever you stand on the debate over tradition, or whether curiosity is enough of a reason to order whale in a restaurant, no-one could argue against the fact that the way in which whales are hunted for their meat is cruel. Grenades are attached to harpoons that are fired into the whale’s body. When the grenade explodes the whale is (hopefully) stunned and hauled aboard a ship where it can take hours to die. However, often the lines will break and the injured whale will sink back into the water where it bleeds to death.

This is one tradition we can’t wait to see the back of.

What you can do to stop whaling in Iceland

Don’t order whale meat – ever. You might think you’re eating something traditional and authentic; you’re not. Only two percent of Icelandic households eat whale on a regular basis – and Iceland has a tiny population. As the domestic appetite for whale meat declines, hunting whales continues, to some degree, to simply satisfy tourist demand. By eating it, you are supporting and perpetuating the cruelty of whaling – and no amount of ‘it’s a one off’ or ‘when in Rome’ arguments can justify it.

As well as refusing to eat whale meat, you can avoid restaurants and hotels that serve it by looking out for ‘whale friendly’ stickers. You can also sign the International Fund for Animal Welfare’s petition to end whaling in Iceland.

Do go on a whale watching trip. Visiting Iceland should be about meeting whales, not eating them. Put your tourist dollar behind that most persuasive of conservation arguments – that animals are worth more alive than dead.

In Iceland, this is proving spectacularly true. Whale watching is booming. One in five tourists takes a whale watching trip, generating around £10 million each year for Iceland’s economy. It’s a glorious demonstration of how whale watching is profitable and viable, and is meeting a cultural demand for wildlife interactions and understanding. It’s a vibrant contrast with Icelandic whaling, which looks not only cruel, but anachronistic; a barely defensible albatross around the nation’s neck which doesn’t deliver economically and continues to harm Iceland’s reputation on the world stage. 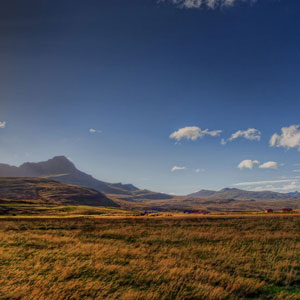 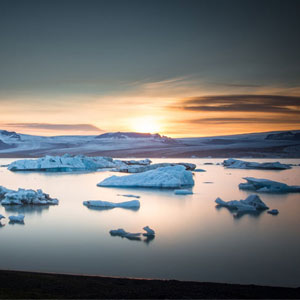 Iceland travel guide
Iceland's landscapes are Tolkien-esque, and the culture is fed by this unique geography. 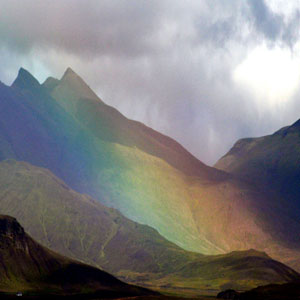 Places to visit in Iceland
Westfjords and Snaefellsnes are wildly beautiful; the Golden Circle justly famous. 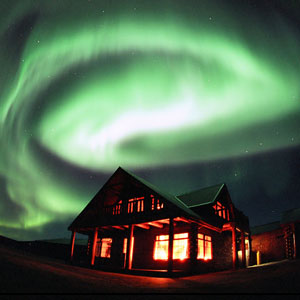 Things to do in Iceland
Whale pods and wild photography by day, Northern Lights thrills by night. 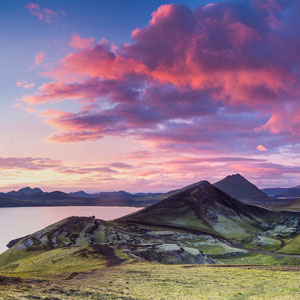 Best landscapes in Iceland
Iceland's landscapes hit you with an onslaught of natural wonders. 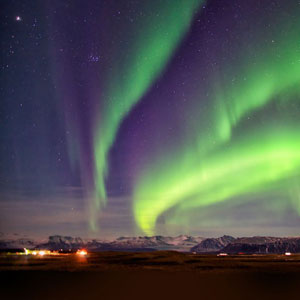 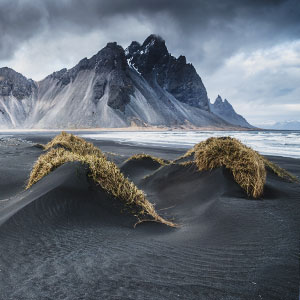 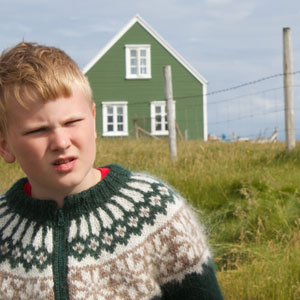 Culture in Iceland
Iceland's remote location, wild landscapes and folklore are woven into the culture. 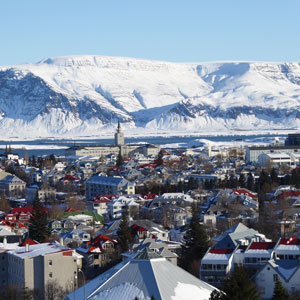 Things to see & do in Reykjavik
Iceland's capital is home to colourful homes and modernist architecture. 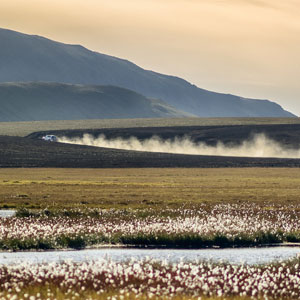 Self drive holidays in Iceland
Self driving in Iceland lets you discover natural landscapes, not crowds. 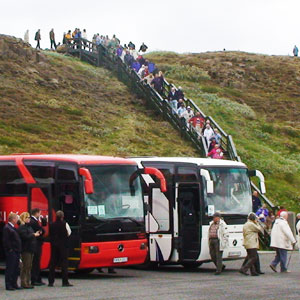 Overtourism in Iceland
We look at overtourism and how you can visit Iceland without contributing to the issue. 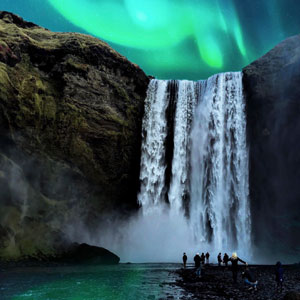 Why choose a tour to Iceland?
Touring Iceland is convenient, and often more enjoyable than independent travel. 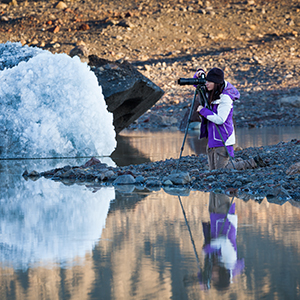 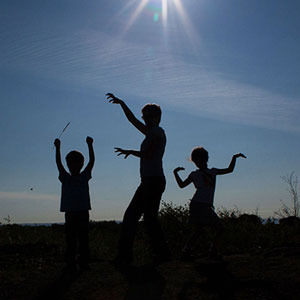 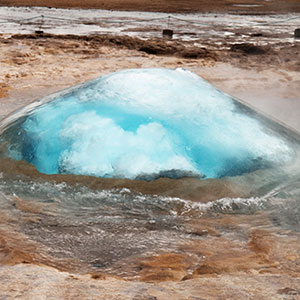 Iceland travel tips
These tips come directly from our friends in Iceland and our previous travellers. 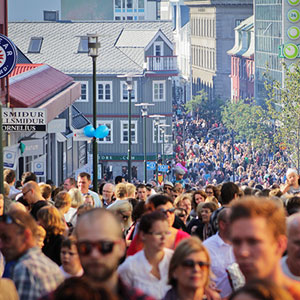 Responsible tourism in Iceland
Learn how you can travel Iceland better, with less impact and helping locals. 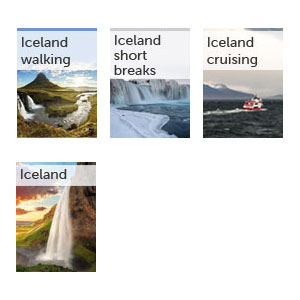