There are many ways to respect responsible tourism in Japan, but there is one big one that cannot be ignored. The biggest creature of all, in fact  the whale. Controversially, whales are still being killed for meat in Japan, and we have big issues with that. Their treatment of dolphins isnt high on the ethical list either. Read more of our advice below when it comes to responsible tourism in Japan.

The biggest issue with Japan, regarding sustainability, seems to be: why do they not shout about their exciting travel opportunities a little more than they do? Cultural tours, skiing, alpine hiking, subtropical islands, family friendly, cycling remote valleys for cycling, unique traditions and almost nonexistent crime? No wonder the people who have travelled there go back again and again. There are hardly any issues to pick on here and yet, they arent really developing tourism as rapidly as they might. The biggest issue in Japan is, however, change. Their traditions and rituals are so engrained that any behavioural change seems to be layered with many complex reasons for not doing something. The whalemeat debate is the prime example of this, as discussed below. The Japanese are proud of their uniqueness, although never arrogant about it to visitors. But things are changing, as Japanese people travel and reach out more and more, some question the traditions which might not sit well with the rest of the world, and slowly, but surely, they are reviewing them. 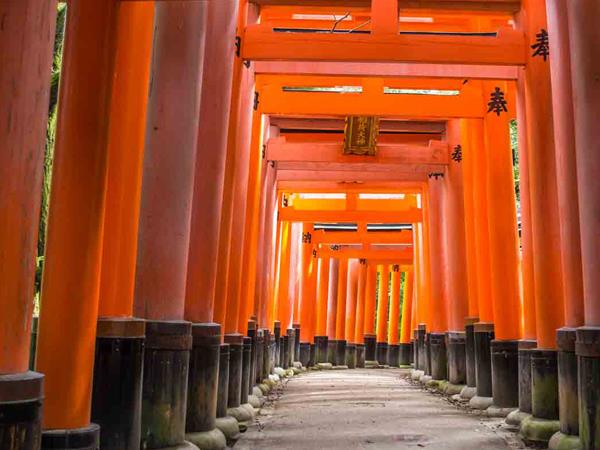 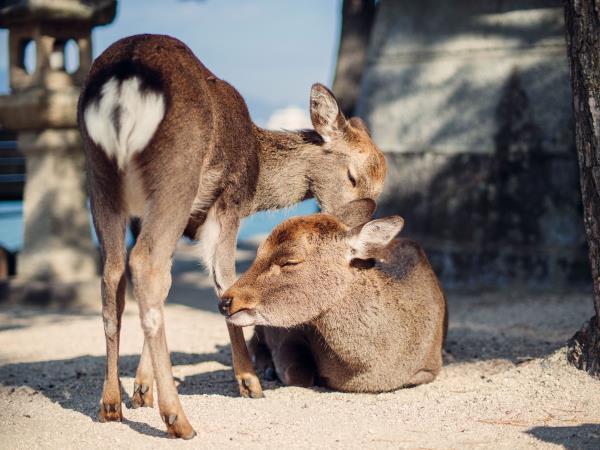 Japan small group tour, in the shadow of mountains 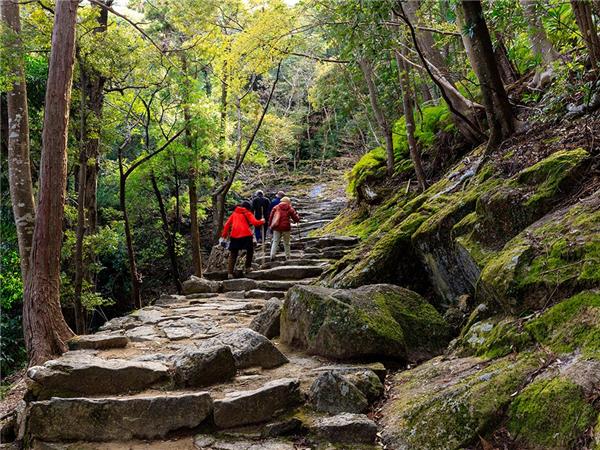 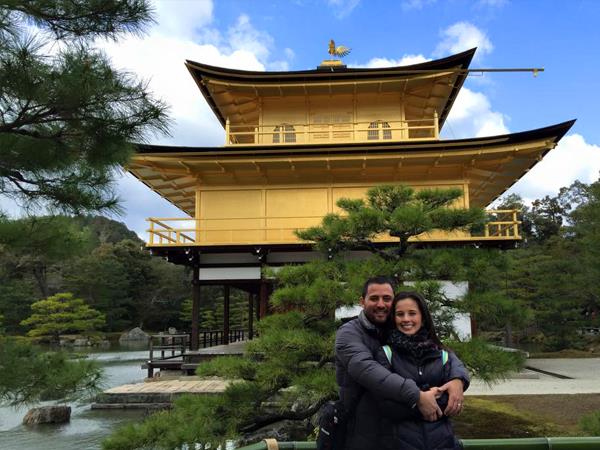 Japan honeymoon tour on a shoestring

If you want to be horrified at what some nations are doing with cetaceans, Japan is still, sadly, the go to place. Although many places in the world are waking up to the fact that dolphins or whales in captivity are just wrong on so many levels, dolphinariums are still big business in Japan. And of course, it is hard not to have heard about the highly unethical and shocking dolphin ‘drives’ in Taiji, where these exquisite creatures are corralled and then either sold off to dolphinariums, or killed in a slow, cruel manner, for their meat.

If you want to gain a greater understanding of cruelty against cetaceans, then the award winning documentary film, The Cove, is a must. Watch it for free on Top Documentary Films.

With regards to dolphins in captivity, according to animal welfare charity Care for the Wild International, captive dolphins have increased by 23% in Japan over the last ten years, and they still haven’t gotten to grips with the international realisation that, on so many levels, this is just wrong. We recently launched a worldwide campaign which involved a petition to the travel and tourism industry in partnership with the World Cetacean Alliance (WCA) Captivity Working Group to put a stop to orca whales being captured for tourism purposes, and to remove trips to such dolphinariums on their holiday itineraries. Read more about the campaign, entitled 'Say No to Orca Circuses’. Japan has around a hundred dolphinariums, about half of which use dolphins caught in the Taiji hunts.

As for eating whale meat, Japan is one of a few countries, including Norway and Iceland, which still hunts whales for eating, despite an international moratorium. In fact, Japan is the only market for fin whales caught in Iceland, which are all exported. However, the good news, according to research from Associated Press, is that demand for this once cheap food, is now falling in Japan, and “stockpiles of whale meat have doubled over the last 10 years; more than 2,300 minke whales worth of meat sits in freezers”. Despite this, it continues to be served in schools and Japan is still going to flout the ruling by the International Court of Justice in March 2014, to stop all whale hunting in the Antarctic, which Japan says is for ‘scientific research purposes’, and continue hunting the more common minke whale from next year. See BBC for more details.>br/>

In July 2019, a commercial whaling fleet was sent out on the hunt for the first time in nearly 30 years. Even though its unlikely to boost demand for whale meat in Japan or otherwise, its still a step in the wrong direction.
What you can do
As well as embargoing the dolphinariums, you can engage in conversation with Japanese people as you go, spreading the word, politely. This is Japan after all and rocking the whale boat won’t get you anywhere. You can also support the work of leading conservation organisations like Care for the Wild International, the World Cetacean Alliance and Born Free. The good news is that some whaling communities are switching on to sustainability, slowly but surely, and setting up whale watching businesses, the most established being the Ogasawara Whale Watching Association (OWA), operating out of cluster of islands 1000kms off the coast of Tokyo. Still in its nascent stages, the whale watching industry is starting to grow, with the tide turning ever so slowly. Oh, and one more thing - might go without saying, but, don’t eat it.
Alastair Donnelly, Co-Director of our supplier, Inside Asia Tours:
It's difficult for us to sell Ogasawara for whale watching as the only access is by a 25 hour ferry journey. Of course when you get there the remoteness makes the culture and ecology amazing - the 'Galapagos of the Orient'. We actually book many more whale watching tours from Kochi and Wakayama on the main islands.

The west looked on in disbelief at the devastating footage of Japan after the 2011 earthquake and tsunami, when whole towns crumbled and nearly 16,000 people perished. This was the biggest earthquake in Japans history. The Japanese people seemed to react with sadness, of course, but also with calm, respect and serenity as they grieved. Their country might explode or implode, but the Japanese never seem to crack. We can analyse it, envy it, want to fix it or we can, simply, just admire it and, as visitors, be utterly charmed by it. This strength of character has been formed by a very clear set of traditions that have been preserved and passed down through generations and, although people are in no way adamant that visitors follow all their ways, if these images of human coping filled you with awe, it would be only decent to learn by example, and share in their Zen like respect.

Bathing is huge here, with bathhouses or sento on every street corner. They are segregated, so no worries on that front, and you do go in stark naked. Just make sure you soap and rinse your body before getting in the bath. In homes, baths are also a big part of the family ritual, with the water being kept hot, and then each family member taking a dip, one by one, in a strict order of course. Guest first, then the oldest male and female of the house and working down in age.

Bowing is also big. And the bigger the bow, the deeper the meaning generally. And, if someone holds a bow to you for more than about three seconds you are expected to bow back again, until the bows become shorter. Many Japanese people will, however, shake your hand. On the subject of hands, look out for trays beside the tills in shops, as these are where you are meant to put your money when paying for goods, and not put it into the till operators hand.

Gift giving sums up the generous, polite side of Japanese. And the way they wrap them represents their attention to detail and love of all things pretty. However, they dont have to be big gifts, with simple fruits often being exchanged between neighbours. Its a lovely habit to get into. And if you give one, you will always get one back. The most important bit of the gift game is to denigrate the gift you give, and praise the one you receive. For the visitor, it is a daily dose of theatre really. Embrace and enjoy.

The last but definitely not least thing to enjoy is the food. There are so many rules, but generally, if you say itadakimasu before you start, similar to bon appetit, you will hit the ground running. Eat everything on your plate if you can, otherwise you will be given more. Which is fine, if you want more, of course. You can bring your rice or soup bowl up to your mouth to make sure it doesnt spill, but putting soya sauce onto white rice isnt cool. Just dip your food into a small bowl of it if you want. And just as you wouldnt blow your nose in your napkin, dont wipe your face with the hot towel. In fact, blowing your nose in public, period, wont win you friends.
What you can do
Make sure you get all the information you need before travelling in Japan from your tour operator about respecting cultural traditions. Read up before you go, and do try and learn some of the language. Politeness is key in Japan, and learning to say please and thank you in their language goes a long way. But dont get too uptight about it. The Japanese are very accepting of foreign visitors, and are too polite to be offended by our faux pas. Top movies to catch before you go are Jiro Dreams of Sushi, and Departures, to give you a great sense of duty and honour that trickle, nay gush, through Japanese culture.
Jeremy Spencer of one of our suppliers, Oku Japan, breaks down the code for travel in Japan for us:
The codification of behaviour in Japanese society is based on very rigid codes which deliver huge advantages to visitors. So, no one is going to pick your pockets, no one is going to mug you, no taxi driver is going to take advantage of you. You couldnt be overcharged in Japan if you tried. Unless you went into one of more dubious bars in the red light district. So it is a fine line between visitors appreciating the orderliness of everything, but also tolerating this when it goes overboard.

Ruth Hubbard, Product Manager of one of our suppliers, Inside Japan Tours:
It is hard to offend someone regarding the complicated culture, as the Japanese know it is complicated and they are quite proud of that. 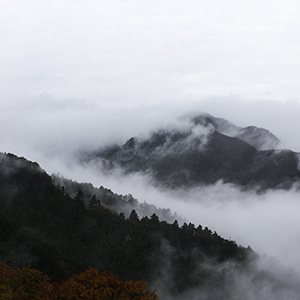 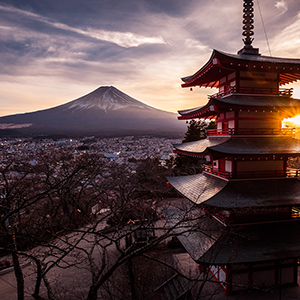 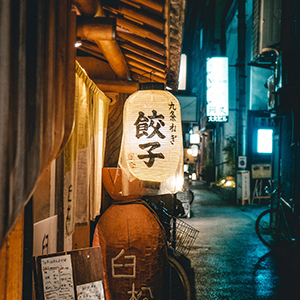 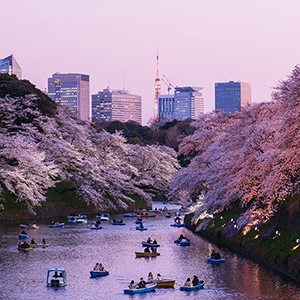 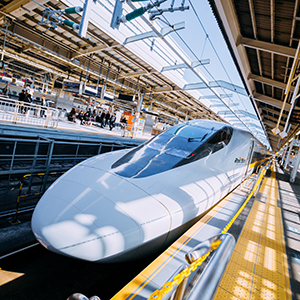 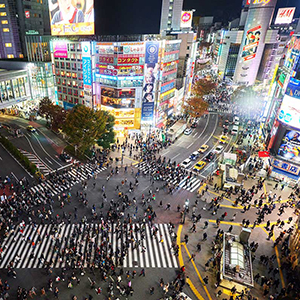 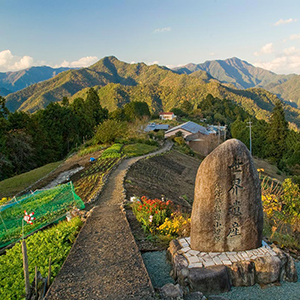 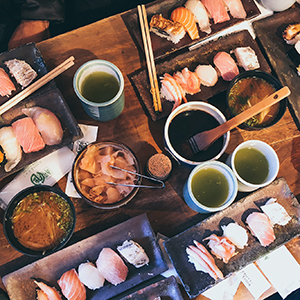 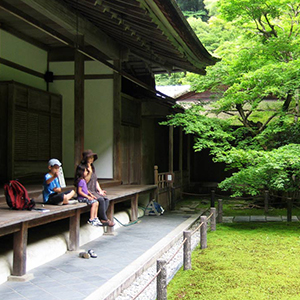 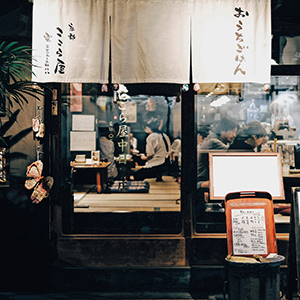 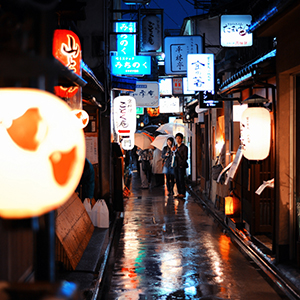 Things to see & do in Kyoto & Nara
All of Japans cities are fascinating, but Kyoto and Nara are truly special. 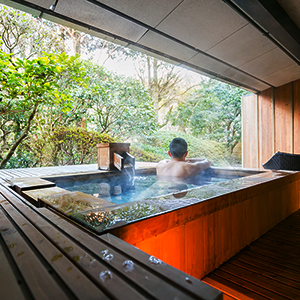 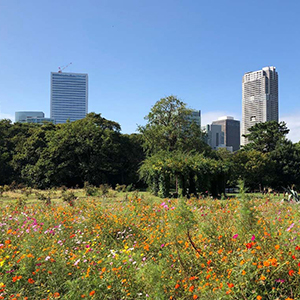